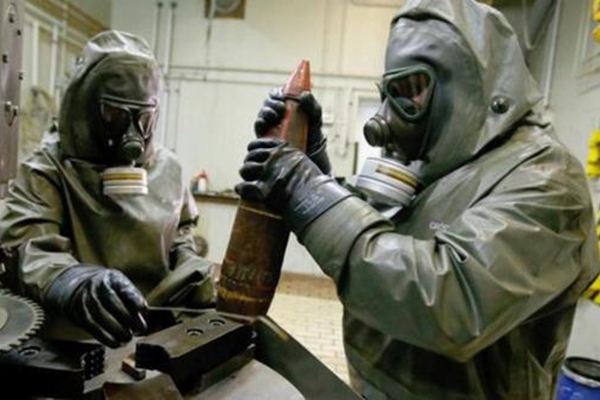 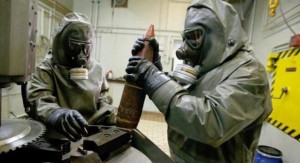 The Defense Advanced Research Projects Agency (DARPA) of the United States Department of Defense will build machines that can destroy chemical weapons safely.

According to the DARPA, two contracts were awarded to research firms, SRI International and Southwest Research Institute (SwRI) to develop prototypes of a transportable disposable system that can convert chemical weapons into safe output such as harmless soil.

DARPA said if the research firms succeed, the agency could use the transportable disposable system to destroy stockpiles of chemical weapons on site. The agency wants to develop a “one size fits all” technology that works on any chemical and does not require water or create large amounts of wastes for post-processing.

SRI International and SwRI received the contracts to develop the prototype machines under the Agnostic Compact Demilitarization of Chemical Agents (ACDC) program of DARPA.

Currently, the United States and the international community are experiencing difficult destroying bulk stocks of chemical weapons. According to the DARPA, the current methods used in destroying chemical weapons are incineration of hydrolysis, which are not fully agnostic.

Both methods require significant amounts of water and create hazardous waste that required further processing. The logistics required to transport large stockpiles of hazardous waste from storage to a disposal site is expensive and risky.

Last year, the Syria handed 1, 300 cubic meters (46, 000 cubic feet) of chemical weapons to the international community, which agreed to transport the stockpile for destruction at sea aboard the U.S. MV Cape Ray.

According to DARPA, the current methods of chemical destruction are not widely appreciated in people’s everyday life—one of the challenges that were obvious to those who were assigned to the international effort to destroy the chemical weapons from Syria.

“We were able to successfully and safely neutralize those chemical weapons on the Cape Ray using hydrolysis, but the logistical and other challenges were immense, ” said Julia Limage of the Office of the Chief Scientist, Defense Threat Reduction Agency. She served as the liaison officer on the ship during the preparations for the destruction of the chemical weapons.

Limage said one of the challenges in destroying chemical weapons included building a customized floating neutralization lab that can operate on the high seas and capable of withstanding the potential effects of chemical drum movements, as well as shifting fluids in the massive tanks used in the neutralization process.

Another problem is the transportation of hazardous waste from the process to several countries for post-processing and final destruction.

According to Limage, developing a system that can neutralize dangerous chemicals and chemical weapons without creating hazardous waste as a by-product would be helpful to the United States and the international community.

The contract given to SRI International is to develop a self-contained, transportable chemical destruction system that relies on locally available resources. SRI partnered with Parsons Corporation and MarqMetrix to achieve the project.

SRI International plans to use a high-energy plasma technology to combust organic molecules, with built-in scavenging of reaction byproducts in the same reactor.

On the other hand, SwRI’s contract is to develop a field-deployable, automated process to destroy toxic industrial compounds. The company plans to combine a commercially available reforming-engine technology along with local soil to convert organic molecules into non-hazardous components.

As part of the destruction process, the engine is designed for the organic molecules to act as a fuel and efficiently generate recoverable energy that can be converted to electricity.

McQuade added, “The desired outcome from the neutralization process is environmentally safe material—fertilized soil. Most toxins are produced from safe, natural materials in the first place, so we want to put them back into their original harmless state.”

FIND OUT WHICH AGRICULTURE IS SPRAYED WITH THE TOXIC ORGANOPHOSPHATE PESTICIDE