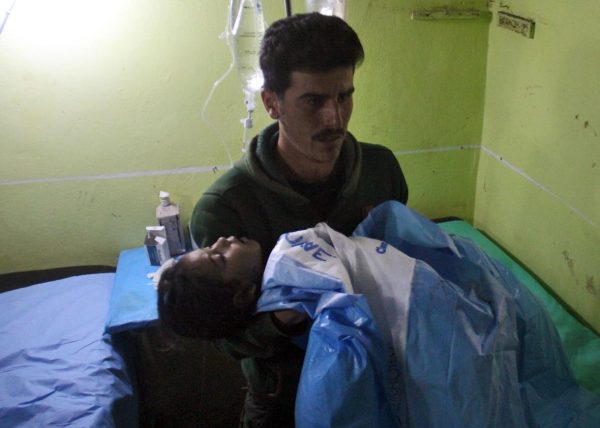 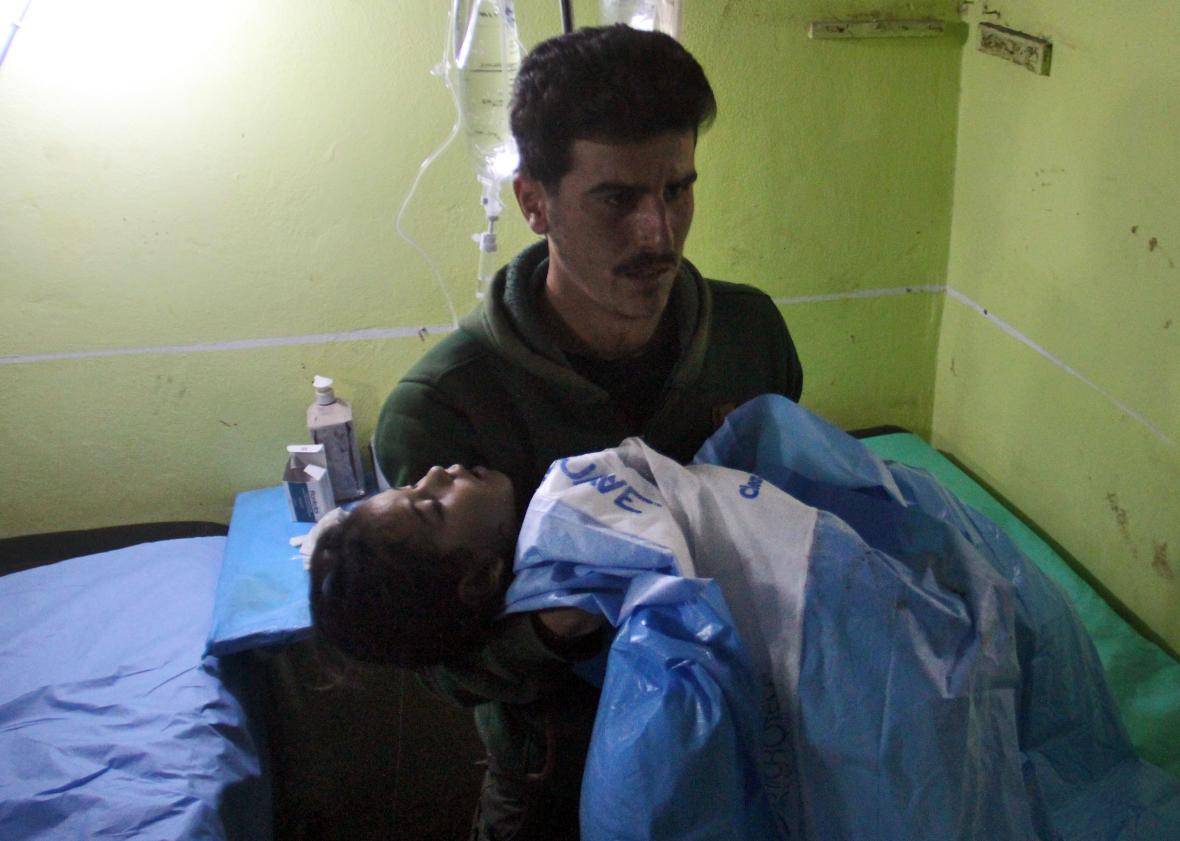 At least 58 people have reportedly been killed in a chemical attack on a rebel town in northern Syria, according to the Syrian Observatory for Human Rights, a Britain-based monitoring network. If reports are confirmed, it would be one of the deadliest chemical attacks in the country since August 2013, when Bashar al-Assad’s regime killed hundreds in the suburbs of Damascus with rockets containing sarin gas. From the BBC:

Mohammed Rasoul, who is in charge of a charity ambulance service in Idlib, told BBC Arabic that he heard of the air strikes at about 06:45 (03:45 GMT) and that his medics found people choking in the street when they arrived 20 minutes later.

“The situation over there is very bad, and most of those who are suffering are children,” he said.

The Syrian Observatory quoted medics as saying that they had been treating people with symptoms including fainting, vomiting and foaming at the mouth.

An AFP news agency journalist saw a young girl, a woman and two elderly people dead at a hospital, all with foam still visible around their mouths.

The Washington Post writes that “it was not possible to independently verify the reports,” but:

[P]hotographs from the area showed at least a dozen bodies of men, women and children splayed across the ground between two houses. Video footage showed lifeless bodies wrapped in blankets and packed on the back of a truck. The youngest children were still wearing nappies.

Syria entered into an agreement to destroy its chemical weapons stockpiles in 2013 but has deployed chlorine, which was not covered by the agreement, many times since. Opposition media has claimed that sarin was used in Tuesday’s attack. European leaders are currently meeting in Brussels for a two-day conference on Syria’s refugees and the ongoing humanitarian crisis in the region.