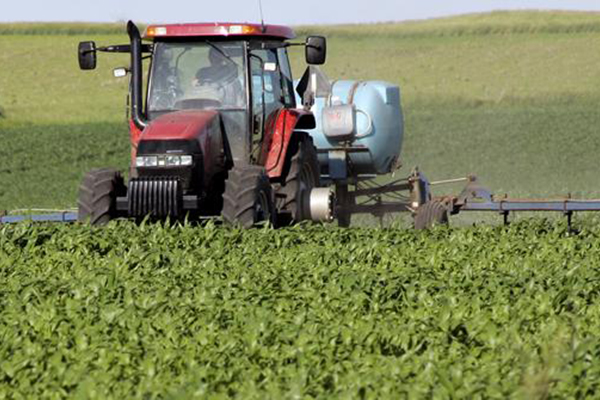 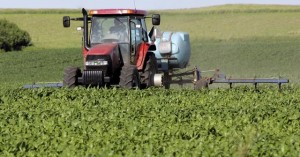 A large coalition of prominent U.S. scientists, children’s health advocates, physicians and other health professionals has issued an urgent “call to action” to protect children from the damaging neurological and other effects of toxic chemicals.

The group specifically calls on government agencies and businesses to take immediate steps to reassess the risks to human health from chemical exposures.

“The current system in the United States for evaluating scientific evidence and making health-based decisions about environmental chemicals is fundamentally broken, ” the experts write in a consensus statement published last week in the journal Environmental Health Perspectives.

“We must adopt a new framework for assessing chemicals that have the potential to disrupt brain development and prevent the use of those that may pose a risk, ” they add.

This consensus statement is the first public action from Project TENDR, which stands for Targeting Environmental Neuro-Developmental Risks. The project’s 48 members (none of whom seem to be based in Minnesota) intend to publish other related articles in endocrinology, nursing, pediatrics and epidemiology journals over the next few months,  according to the New York Times.

As the Project TENDR experts point out, “Research in the neurosciences has identified ‘critical windows of vulnerability’ during embryonic and fetal development, infancy, early childhood and adolescence. During these windows of development, toxic chemical exposures may cause lasting harm to the brain that interferes with a child’s ability to reach his or her full potential.”

“Some chemicals, like those that disrupt the endocrine system, present a concern because they interfere with the activity of endogenous hormones that are essential for healthy brain development, ” they explain. “Endocrine-disrupting chemicals (EDCs) include many pesticides, flame retardants, fuels, and plasticizers. One class of EDCs that is ubiquitous in consumer products are the phthalates. These are an emerging concern for interference with brain development.”

The experts also note that there has been an “alarming” increase in learning and behavioral problems among U.S. children in recent years.

One in six American children — 17 percent more than a decade ago — have some kind of developmental disability, including learning disabilities, attention deficit hyperactivity disorder (ADHD), autism or other developmental delays, they point out.

Yes, that is billion,  not million. And those are the costs incurred just in Europe.

The Project TENDR experts also point to a 2009 U.S. analysis of costs associated with exposure to lead, another neurotoxicant. That study estimated that for every $1 spent to reduce lead exposure, the U.S. would reap $17 to $221 in benefits.

The consensus statement identifies several “prime examples of toxic chemicals that can contribute to learning, behavioral, or intellectual impairment, as well as to specific neurodevelopmental disorders, such as ADHD or autism spectrum disorder.” These chemicals include:

‘Too little, too late’

“The United States has restricted some of the production, use and environmental releases of these particular chemicals, but those measures have tended to be too little and too late, ” write the experts. “We face a crisis from both legacy and ongoing exposures to toxic chemicals. For lead, [organophosphate] pesticides, PBDEs and air pollution, communities of color and socioeconomically stressed communities face disproportionately high exposures and health impacts.”

Yet such chemicals “likely represent the tip of the iceberg, ” they add.

“Only a minority of [the estimated 7, 700 chemicals in use in the U.S.] has been evaluated for neurotoxic effects in adults, ” they explain. “Even fewer have been evaluated for potential effects on brain development in children. Further, toxicological studies and regulatory evaluation seldom address combined effects of chemical mixtures, despite evidence that all people are exposed to dozens of chemicals at any given time.”

Stating again that the current system of evaluating environmental chemicals is “broken” and that “we cannot continue to gamble with our children’s health, ” the TENDR experts conclude their consensus statement by entreating three groups to take action:

We call on regulators to follow scientific guidance for assessing how chemicals affect brain development, such as taking into account the special vulnerabilities of the developing fetus and children, cumulative effects resulting from combined exposures to multiple toxic chemicals and stressors, and the lack of a safety threshold for many of these chemicals.

We call on businesses to eliminate neurodevelopmental toxicants from their supply chains and products, and on health professionals to integrate knowledge about environmental toxicants into patient care and public health practice.

Finally, we call on policy makers to take seriously the need to reduce exposures of all children to lead — by accelerating the clean up from our past uses of lead such as in paint and water pipes, by halting the current uses of lead, and by better regulating the industrial processes that cause new lead contamination.

NALED, PESTICIDE SPRAYED OVER MIAMI, MAY CAUSE HARM TO FETUSES

WHY PESTICIDES COULD BE THE BIGGEST RISK POSED BY CORPORATE AGRICULTURE